ReFresh IT Commits To Hiring More Women In Tech

NOVEMBER 29, 2017, MESA, AZ: In response to news that fewer women are being hired, ReFresh IT has committed to filling more open tech positions with women, noting a diverse workplace creates a more cohesive environment, reflects client base and employees are actually healthier.

According to Wired, women account for only 26 percent of all coders. And analysis shows women who don’t get in on the ground level rarely move into the higher level coding and tech positions. They are shifted toward more “people” positions and may lose out on career advancement.

“I love tech. It excites me and I love solving problems for our clients,” says Jacy Smith, Director of Digital Innovation at ReFresh IT. “The number of women graduates in computer sciences has decreased since the 1970’s and there are fewer and fewer women working in the tech industry. We recently had an opening for an entry-level help desk position and there were plenty of qualified candidates. If we want more women in tech, we just need to start hiring them.”

Smith, along with business partner Burt Cigler, agree change has to come from within. Create a demand and they will come sort of message. Their commitment going forward is to not only find but also advance the careers of female tech graduates through hiring practices, networking and mentoring.

Findings back them up. Recent studies suggest that companies benefit from not only having women on board, but also putting them in leadership roles. Gallup reported companies with more diverse teams that include women have an over twenty percent lower turnover rate. Those same organizations find it easier to recruit new hires.

Further, companies with female directors at the helm have seen a return on invested monies increase by 66 percent and sales increase by 42 percent; this according to Forbes. Gender equality appears to be a win-win. Companies report higher returns, greater productivity and a more cohesive working atmosphere.

In Tech, the importance of hiring coders and technical positions cannot be stressed enough. Putting computer science graduates that happen to be female in the same arena as their male counterparts nets the highest output and desired results. Hiring managers should look to women’s networking groups, graduate groups that include STEM students and make gender diversity an integral part of the hiring process. 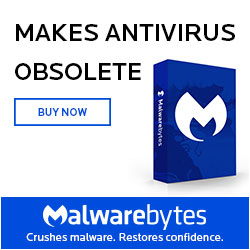